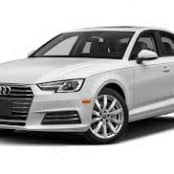 Since the use of airbags became a standard component in modern vehicles, they have continued to prove that they can greatly reduce injuries that may be caused in the event of a collision. While the placement and design of airbags have evolved throughout the years, the central idea behind the device has remained the same. Airbags continue to hold the same purpose, they allow both the drivers and passengers to undergo rapid changes in speed and velocity without experiencing any major injury or excessive damage. However, in a recent product recall, it has been revealed that some Audi vehicles may have faulty airbags.

After the vehicles were launched on December 14, 2018, over 8 Audi (manufacturer ref: 69Y4) A4s and A5s have been involved due to serious implications of the airbags installed. The fault affected vehicles from February 1, 2017, to July 30, 2017 and the recall case were carrying the reference code R/2018/365. To be more specific about the issue, it was found that the module bolts fastening the passenger airbag to the dash panel, had been insufficiently tightened during manufacturing. Therefore it was recommended by the Driver and Vehicle Standards Agency that these bolts be changed and replaced if the fault was found. If you believe your vehicle is part of this recall, verify and confirm it by visiting your car dealership and they will make the necessary adjuments and changes at no cost to you.