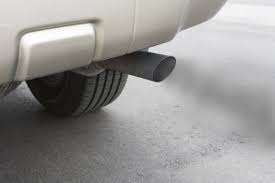 Maintaining your vehicle can become quite tedious at times… especially since there are so many components that could possibly develop a problem and fail. The exhaust is a component that’s hidden at the back of your vehicle, so you may forget that it needs maintenance too. Like the saying goes, ‘out of sight, out of mind’.

However, your exhaust is an essential part of your vehicle and it’s important to ensure that it is working effectively. One way to gauge whether your car is in good health or not is by observing the type of smoke coming from the exhaust pipe. To elaborate, if your car is in working order, the emissions coming out should be almost undetectable. However, if you spot coloured smoke exiting your exhaust on more than a few occasions, then it’s likely there is an underlying issue.

Furthermore, you can detect what the issue may be depending on the colour/type of exhaust smoke. This is a good way to understand the basic problem, but it’s always good to then take your car to a professional so that they can diagnose the problem and discuss repair options.

Firstly, it depends on whether you have a petrol or diesel engine, as there are various causes of exhaust smoke. It’s actually possible that even hybrid cars will release smoke if there is a mechanical fault with your car.

Think of it like this, if you don’t maintain your vehicle properly, smoke coming from your exhaust can be a definite sign of neglect. This is why it’s a good idea to check the exhaust fumes when you are looking to purchase a used car, as signs of smoke can hint that the vehicle has issues. You won’t spot any of these problems with a vehicle that has been well looked after.

You can always check your exhaust pipe emissions by starting the engine and inspecting it. This can be done by walking around to the back of your vehicle or observing from your rearview mirror.

In this article, we’ll outline the different colours of exhaust smoke that your vehicle may give off and what each colour indicates about the problems your vehicle may have. Some issues could be costly and others can be fixed easily. Let’s begin!

Black smoke can make it seem like there is a serious issue with your vehicle, but it’s not always the case, so don’t jump to the worst conclusion just yet! If you have black smoke exiting your exhaust, it can simply mean that there is too much fuel or particulate matter in the fumes. Depending on whether you have a petrol or diesel car, some causes of black smoke could be the following…

Black Smoke From A Diesel Vehicle: If you are experiencing black smoke and you have a diesel vehicle, a clogged DPF (Diesel Particulate Filter) may be the reason. Usually, a DPF warning light will light up on your dashboard to alert you.

To clear your DPF, it’s recommended that you drive at a constant 50-60mph for a good few miles if possible but always refer to your vehicle handbook for vehicle-specific instructions as they may vary. This should eject any particulate matter that has built up. If the problem persists and the warning light keeps coming on or stays on, then you’ll need to have it cleaned or replaced, or even consider changing your diesel car to a petrol or hybrid type, as a diesel may not suit your driving environment.

Black Smoke From A Petrol Vehicle: Your car may be burning a lot of fuel, or there could be problems with the intake components of your vehicle, such as the fuel injectors, sensors or fuel pressure regulator.

To resolve this issue, you need to first check if there are any problems with your air filter, as it could be clogged up. If this is the case, then you will need to replace it.

However, if this did not solve the issue, it could mean that the air-fuel ratio may be off. If your vehicle is burning more fuel than air, this is caused by:

Two other possible causes could be a blocked manifold or a clogged fuel line. Persistent black smoke will cause an issue with your catalytic converter and cost you large amounts of petrol costs because you will be burning fuel quicker. If you are experiencing black smoke and you have a petrol-engine vehicle, then taking it to a professional mechanic is important so that they can diagnose the exact problem.

Black Smoke Due To Faulty Turbocharger: If your turbocharger is worn out, this could cause other more serious problems if it isn’t repaired or replaced as soon as the problem is detected. A faulty turbocharger or a leak in the pipes can cause less air to remain in the system, resulting in the fuel not combusting properly and then unburnt fuel will be left in the exhaust fumes.

While white smoke can indicate some serious issues with your vehicle, it is normal if the smoke is thin like water vapour. This is just due to normal condensation that occurs in your exhaust pipe when you initially start your vehicle, so you shouldn’t panic about it!

The only time thin vapour becomes an issue if you use your vehicle solely for inner-city quick trips. This is because your engine doesn’t get a chance to properly warm-up and remove all the condensation from the exhaust. After some time, this could cause rust to accumulate and cause corrosion on the steel parts of your exhaust system, causing it to leak. If this happens, then your car will fail its MOT test and cause even further damage to your car if left untreated.

If the smoke you have noticed is thick and dense, this can be a cause for concern because it could mean that coolant is entering your engine through a leak. This should never be ignored because it can result in a blown gasket or even engine failure. Some common causes of coolant leaking into the engine are:

This is an indication that too much oil is being burned off somewhere within your vehicle, hence the burning smell you may notice alongside the blue smoke. All vehicle engines are designed to burn a bit of oil in the combustion chamber, however, when excessive amounts are being burned, it creates the distinctive smell and the exhaust smoke will be coloured blue. If you are worried about how much oil your car might be burning, it is a good idea to use a dipstick to check, as you’ll be able to see how much oil is getting used up.

Blue smoke can also be due to the oil seals leaking on the turbocharger, allowing the oil to pass up through the intake system and into the combustion chamber. Ignoring a leaking turbo can cause sludge build-up when oil and exhaust gasses mix together in the EGR valve and can cause the failure of the EGR, throttle body and other sensors along the intake system.

Usually, when your car has been serviced, there may be a need to burn off the excess oil in the system, which means the smoke should stop exiting the exhaust once the process is done. If the blue exhaust smoke persists, then you know that there is potentially a problem with the valve seals or piston rings; they may be worn if your car has high mileage. Unfortunately, this means that there may be issues with the head gasket, or the whole engine system could be damaged.

Grey smoke is not as common, and it can be harder to diagnose the exact cause. It could be caused by excess engine oil being burned or a faulty/damaged turbocharger. In the event that the issue is a faulty turbocharger, there is a strong chance that oil has worked its way into the airflow and in turn, the cylinders, where it burns. If the feed is the problem it can be repaired at a low cost, however, if the actual turbocharger is damaged, this could lead to it needing to be either fully rebuilt or replaced. Some other possible causes could include:

If your vehicle is burning too much oil, it could be leaking into the engine’s combustion chamber, and a range of other issues could stem from this, such as reduced fuel economy, slow acceleration and an increase in hydrocarbon emissions. Your catalytic converter could also become damaged when excessive oil is being burned.

If you have any of the described smoke coming from your exhaust system, you should book your vehicle in with Sinspeed, a high-quality garage based in Greenwich, London. We can inspect what colour smoke your exhaust system is releasing and carry out a thorough diagnosis of any minor or serious issues you may have with your vehicle. If in the process, we find any faults with your exhaust system, we can carry out exhaust replacement or repair. Book in with us for a professional, friendly service by either filling in our easy online form or giving us a call on 0203 815 9441.