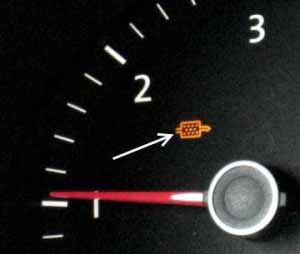 Have you noticed that your DPF warning light is on? Or is your Audi suffering from loss of power? If so, this could be due to a blocked Diesel Particulate Filter which is no longer functioning efficiently!

A DPF is integrated into the exhaust of most modern diesel Audi’s from 2005 onwards, to trap and remove Diesel Particulate Matter or soot from the diesel exhaust gasses to ensure that the residue smoke is cleaner before being released into the atmosphere. The aim of this process is to remove up to 80% of diesel particulate emissions, however, as the DPF burns off this soot via regeneration, it leaves an ash residue in the DPF which cannot be burnt off, which eventually causes it to become blocked. This means the regeneration process of the filter cleaning itself can no longer be carried out.

Other reasons for premature blockage of the DPF filter can include the use of incorrect engine oil, lower quality fuels, faulty exhaust sensors, faulty components on the vehicle which may increase soot levels in the exhaust gasses and not having the required driving style to frequently regenerate the filter successfully.

When this occurs, it goes on to create further problems as mentioned above like power loss and the pressure begins to build up in the exhaust due to the trapped gasses, which will go on to try and escape from the next weakest point i.e. the turbocharger seals or the EGR valve, which is where the damage to other components start to occur if not dealt with.

Symptoms Of A Blocked DPF On My Audi
In order for a DPF to run efficiently, the regeneration process needs to be carried out in optimum conditions which occur normally when driving on the motorway at 40-50mph for approximately 15-20 miles. However, if you live in a city which requires a lot more stops and starts, this can cause the DPF to become blocked up a lot quicker.

Some of the signs of a blocked DPF filter are listed below with a list of the most common fault codes found on Audi’s:

If you have any of the problems mentioned above with your Audi, it is more than likely that it is due to a DPF failure, and in some cases, you may even find that your vehicle becomes completely immobile due to excess blockage and build-up of exhaust backpressure. When these issues arise, if it is not dealt with in time, further problems may arise such as:

Some of the faults listed can cost in the region of £1000+ to repair if the DPF fault is not dealt with as soon as possible. Some customers have come to us in the past informing us that garages have advised its more cost-effective to just get rid of the vehicle as certain repairs cost more than the actual vehicle itself! Therefore, we always advise that DPF faults are dealt with as soon as possible to prevent any further damage to your vehicle.

My Audi Has A Blocked DPF – How Can Sinspeed Help?
There are several options available to you if you find that your Audi has a blocked DPF:

The list below identifies further key benefits that you can expect from a Sinspeed DPF Removal Session:

With the DPF Filter removed, the turbocharger and the engine will no longer feel any strain or pressure allowing them to work more efficiently with improved power, and with the regeneration process cancelled out, the lifespan of the injectors is increased as the injectors are no longer required to squirt diesel at longer durations during the regeneration cycles.

Below we have compiled a shortlist of the Audi vehicles we offer DPF Removals for, however, this is not a full list as new vehicles are constantly being added to our systems on a daily basis. If you find that your vehicle is not listed or you have any questions, please call us on 0203 815 9441.

Will DPF Removal Cause Me To Fail An MOT?
From February 2014, the law is changing to include the visual inspection of the Diesel Particulate Filter (DPF) during your MOT inspection. Although our DPF Removals are very discreet and our smoke-correction ensures the vehicle won’t smoke come MOT time, we are offering our DPF Removal sessions as an “Off-Road Use Only” service.