DPF Removals are becoming very common as the years progress, they continue to fail and manufacturers continue to release newer cars with Diesel Particulate Filters (DPF). The Diesel Particulate Filter (DPF) is also known as a Filtre à Particules (FAP) and some people even dealerships refer to it as CATS (Catalytic Converters) however, they should not be mistaken as they operate differently.

Having the DPF removed is meant to bring peace of mind. After having endless battles up & down the motorway trying to regenerate your DPF, spending £100’s if not £1000’s taking it to dealerships for regenerations / oil changes and actual DPF replacements – a DPF Removal is meant to take the problem away completely & forever, leaving you with a vehicle that is reliable, efficient and responsive, with zero errors & zero problems. However, what people are left with is in many cases completely different. We’ve heard some real horror stories of people who have (before finding us), attempted to have their DPF’s removed by other “companies” and “mobile agents”, problems such as:

Why do these problems occur?

Most problems are related to the software companies & mobile agents are using.

Firstly, we are against doing MOBILE DPF Removals and the reason behind this is, the only way to do a “Mobile DPF Removal” is using an automated piece of software which scans through the cars ECU data and attempts to delete all data strings related to the DPF file structure (within pre-set parameters). However, this software can never 100% delete all data strings because they are interlinked and deep-coded with file structures relating to:

If the automated software was to delete the interlinked & deep-coded file structures, this would interfere with these sensors and cause data corruption and many errors to occur almost immediately after starting the engine. Some problems don’t actually occur for some time after the DPF has been removed.

In most cases, the automated software won’t delete these parts of the file, but then leaving part of the DPF file in place will also bring problems such as the vehicle falling back into limp mode, the DPF light coming back on, excessive smoke and as a result of this, an MOT Failure. 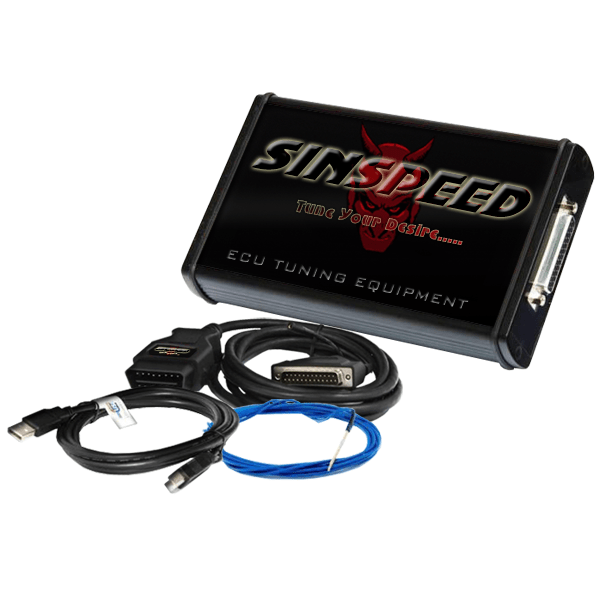 Unlike other companies & mobile agents, we do not touch any automated software. After reading and downloading the data from your ECU, we manually scan through the 1000’s of data strings looking for all DPF file structures. We then proceed to delete & modify any data strings to command the ECU that the DPF is no longer existing nor required on the vehicle for it to run correctly. On doing so, the ECU will run as it should without having a DPF on the car and will be guaranteed to not cause any errors. It is the only sure-way of a successful DPF Removal.

Furthermore, just by removing the DPF, you cannot guarantee it will pass an MOT. Although it is not illegal to remove the DPF / FAP from the vehicle, it may still fail an MOT if your vehicle does not meet the necessary smoke detection levels at an MOT test.

After having successfully removed 100% of the DPF data file structure, we then proceed to carry out a full smoke-correction session (inclusive of all DPF removals by Sinspeed). This enables us to fine-tune the system to run optimally and efficiently with no errors after having removed the DPF and by doing so, allow your vehicle to continue to pass an MOT.

We are currently the only company in the whole of the UK who offer this smoke-correction service.

If you’re looking at having your DPF Removed but you’re not sure on how this will effect the running of your vehicle or have any further enquiries, please do not hesitate to call us direct on our enquiries & booking line: 0844 847 9999