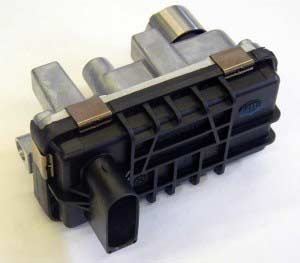 Ford S-Max 2.2TDCi Turbo Actuator Faults
The Ford S-Max 2.2TDCi between 2010 – 2015 is fitted with an electronic turbo actuator which is designed to regulate the power output from the turbocharger. The electronic actuator is controlled by the engine ECU and when tuned correctly it can improve the power and economy of the vehicle. The electronic turbo actuator fitted to the Ford S-Max is manufactured by Continental and is a very common failing part.

One of the most common failure symptoms is a drastic loss of power and the engine light will illuminate to signal that there is a fault detected. Other common known faults relating to this unit include the following: 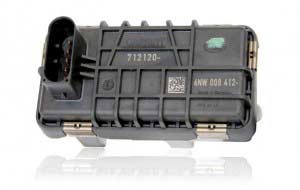 When the turbo actuator has failed, you could expect a bill upwards of £1200 to replace the complete turbocharger and actuator which would then come with a 12 month warranty. The electronic actuator is not sold separately and for this reason it can become a very expensive repair.

Ford S-Max Electronic Turbo Actuator Repair – By Sinspeed
We can completely rebuild the electronic actuator using new genuine OEM components. We also up rate components where possible where there are known weaknesses to strengthen the rebuilt unit and ensure we are always meeting & exceeding OE specifications. All remanufactured turbo actuators are returned with a Lifetime warranty and do not require programming when refitting.