Unfortunately the T5 Transporter also suffers from DPF (Diesel Particulate Filter) problems but in more than one way. We get a lot of cars coming into our workshop which just have the warning lights flashing up on the dash like a christmas tree and engine power restricted (in limp mode) – which is the common DPF problem on almost all modern vehicles, but with the VW Transporter T5 we see numerous problems all relating back to the root cause being the Diesel Particulate Filter.

We see a lot of Transporter T5’s come into our workshop that regenerate the DPF too frequently, sometimes as frequent as every 90 miles!

I Have Transport T5 Problems – What Can I Do?
Your local dealership will tell you of two options to either remove & replace the filter with a new part or carry out a forced regeneration. Both options aren’t really good enough and for the reasons detailed below: 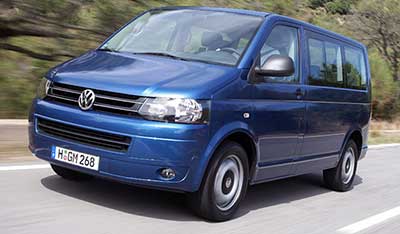 How Can Sinspeed Help Me With My Blocked Transporter T5 DPF?
We offer a more permanent solution to all your DPF problems. We believe the most economic way to cure any DPF related issues is to remove it permanently. Not only will it solve your problems but at the same time it will help prolong the life expectancy of both your turbocharger and engine.

Note: Some data strings will interlink with other sensors to help operate and maintain a good running vehicle, people that offer “cheap dpf removals” will be using automated software that will automatically scan and delete the files and run a very high risk of deleting sensor files at the same time. The problem is, this automated software will also delete the MIL system and will stop the engine light coming on if you have any other problems on the car – this means you will no warning lights on your dashboard and may drive away happy at first, but you may also run into very serious problems not too long down the line. In extreme cases we’ve had cars come to us where people have messed around with the ECU and shot a whole through the piston inside the engine due to altering the fueling system too much.

We manually delete the DPF system from the ECU and modify any interlinked sensors to ensure that the sensors will continue to function correctly whilst not requiring any DPF readings.

Once the DPF has been removed from the vehicle, the programming has been completed and a full diagnostics has been carried out to ensure no further faults are on the vehicle – we then carry out a complete Smoke-Correction service to ensure the vehicle is optimised to run efficiently without the DPF and continue to pass it’s MOT.

What Guarantees Will I Get After My T5 DPF Is Removed?
After we have completed the DPF Removal on your Volkswagen (VW) Transporter T5, you will notice an immediate increase in power & performance as well as an increase in fuel economy. You will no longer experience any kind of DPF-related problems on the vehicle, no warning lights, no smoking issues, no lumpy idling or hesitation on acceleration and no annoying Regenerations. Your vehicle will be out of Limp Mode and regain full power with increases in both Power & Torque.

We guarantee you will be happy with your Transporter T5 once the DPF is removed and we cover all our work with a Lifetime warranty and a guaranteed MOT pass.

If you have a Volkswagen (VW) Transporter T5 with a DPF problem, call us today for a free quote. We operate a nationwide service covering the UK & Ireland and a postal service for other parts of the world – so call us today on 0844 847 9999.